Anyone who’s been to Tokyo will definitely tell you it’s such an exciting huge capital city. Electrifying, fast-paced and buzzing metropolis. You can’t even cover in one visit. But if you’re looking for something different, maybe somewhere with a slower pace and can be covered in a day, look no further than the port city of Yokohama. 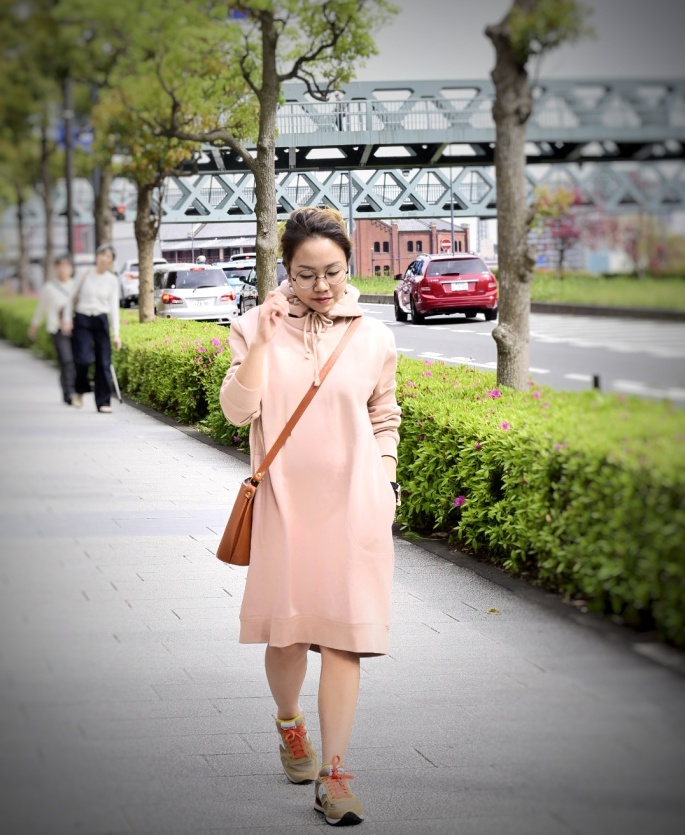 I stayed somewhere in Shibaura Island where Tomodachi Station is only a 10 min. walk and is a JR YAMANOTE LINE, a railway loop line considered one of Tokyo’s busiest and most important lines, connecting most of Tokyo’s major stations and urban centers. Hence, I got the easiest access to explore Yokohama. With just 1 direct line, voila! reached in 30 mins. I didn’t expect it to be that fast tho’. Located south of Tokyo, Yokohama is the second largest city after Tokyo by population and situated in Kanagawa prefecture. Believe me or not, the most interesting parts of the city can easily be visited in a nice and interesting one day walking tour. 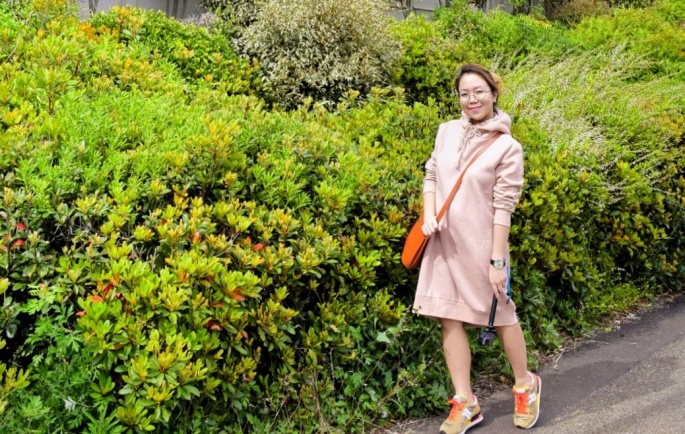 Each time I visit a place especially if it is my first time, I always do a bunch of reading online. Why? There’s a lot of places to see but it also depends whether it suits your interest. Thus, I have picked a few famous sights to see in Yokohama and managed to do it in just a day. 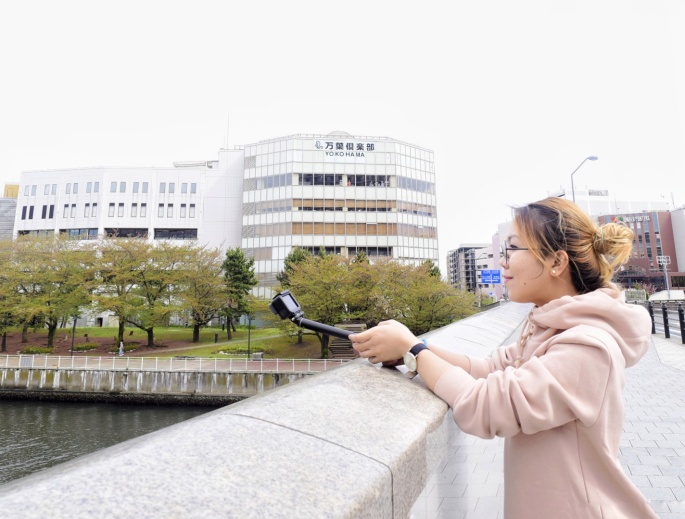 It’s hard to miss Yokohama Cosmoworld and its colourful ferris wheel. It is divided into three zones according to age appropriateness and unlike other amusement parks, there’s no entrance charge. Instead, you pay only for the rides that tickle your fancy. 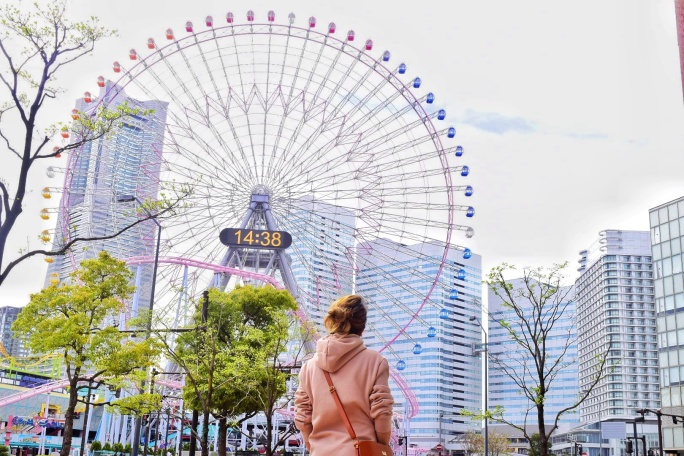 Head east towards the huge Ferris wheel in the distance. Once you reach the Ferris wheel, The Cup Noodles Museum is just across the street. It’s a fun and interactive museum that shows you the history of instant ramen noodles and the creative thinking of the man who’s responsible for it all – Momofuku Ando a.k.a. the father of instant ramen. 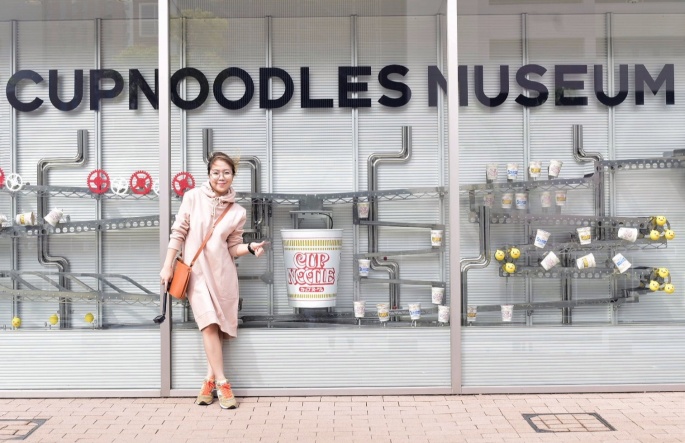 Just keep going, and walk through the World Porter’s shopping mall on the other side of the street. Upon exiting the opposite end, you can see about a block away The Yokohama Red Brick Warehouses. But before reaching The Red Brick buildings, I stumbled unto this Marine and Walk Yokohama. It was not on my list but was really glad I came across that lovely cozy area. 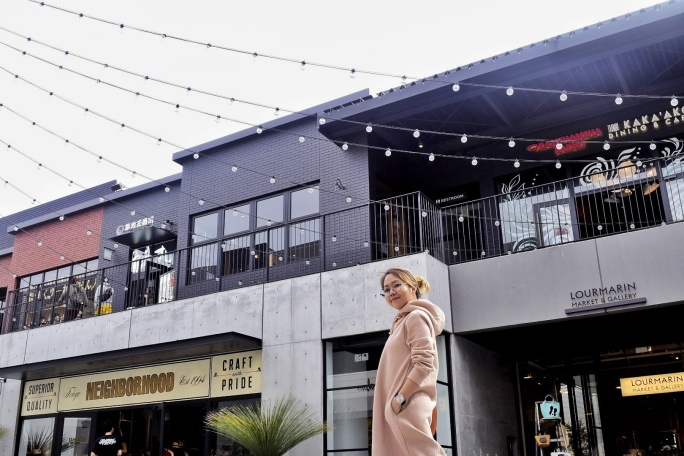 It has a great range of interesting cafes, clothing & souvenir stores. The shops are pretty good as well. A bit of a hidden gem and doesn’t appear on any of the top lists for things to do in Yokohama. Oh my gosh! It should. Very chilled facility with chic atmosphere. So, we can’t afford to miss a meal from one of the cafes there.

And just a short distance from Marine and Walk Yokohama, you’ll reach The Red Brick Warehouses. One of the major tourist spot in Yokohama. A cultural & commercial facility that utilizes two historical buildings constructed more than a century ago. 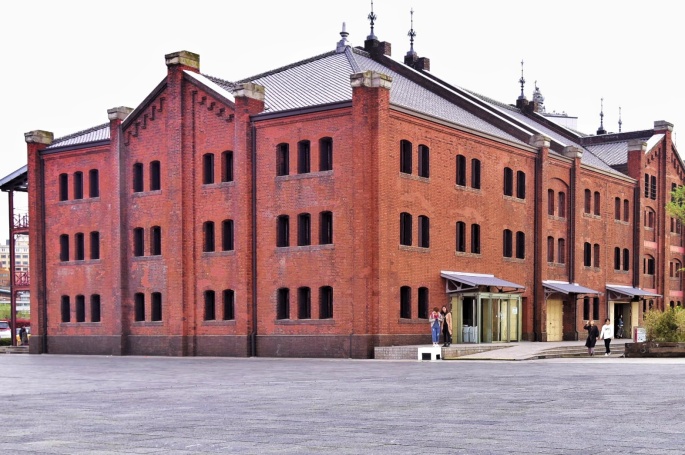 Built as a government bonded warehouse during the Meiji and Taisho eras and, as Japan’s first modern port facility. It stopped being used as a warehouse in 1989. Underwent nine years of conservation and renovation work until reopened in 2002 as a cultural and commercial facility. 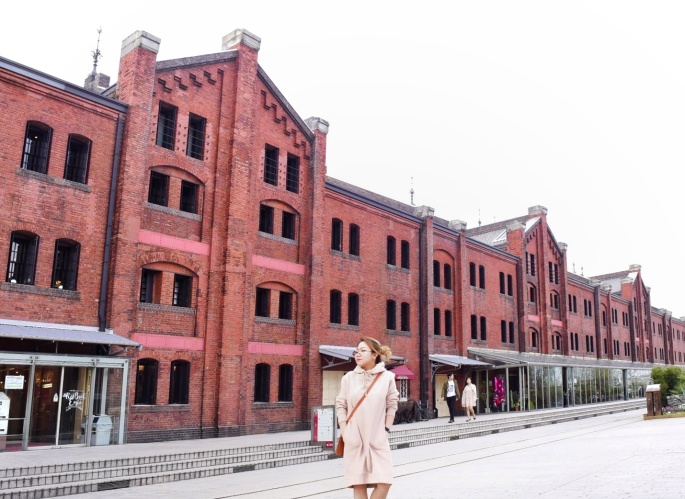 Literally a walking tour without a map guide. haha! But we managed to! Aren’t all these photos the proof? lol! 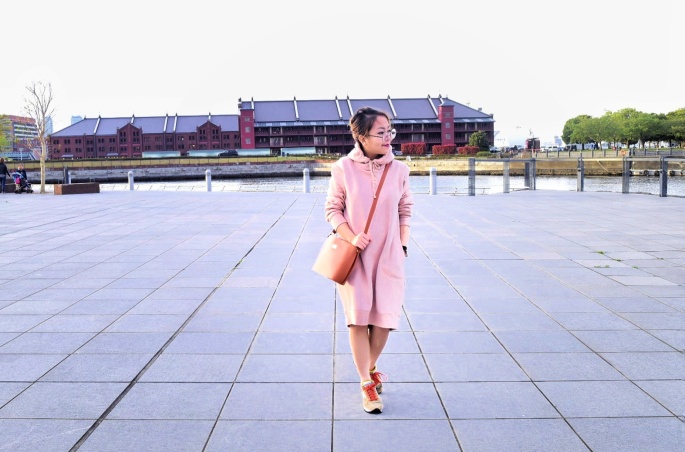 Soak in the atmosphere at Yamashita Park by Strolling through the park. You can definitely enjoy stunning and majestic views of the harbor and Minato Mirai.

We ended our day at Osanbashi Pier to see the sunset and the lovely nightscape of Minato Mirai Skyline. Osanbashi International Passenger Terminal, where large-scale cruise liners dock.

Surrounded by the sea, the pier’s rooftop features wooden walkways that are perfect for a leisurely walk while taking in the best views of the bay.

The cool breeze of the wind & amazing views of the bay made my day!

Just as the sun went down, the weather also dropped to around 13°C, darn! Imagine how freezing cold I was with my outfit. lol! But really, the views were too exhilarating that I didn’t mind I was shivering with the weather. haha! 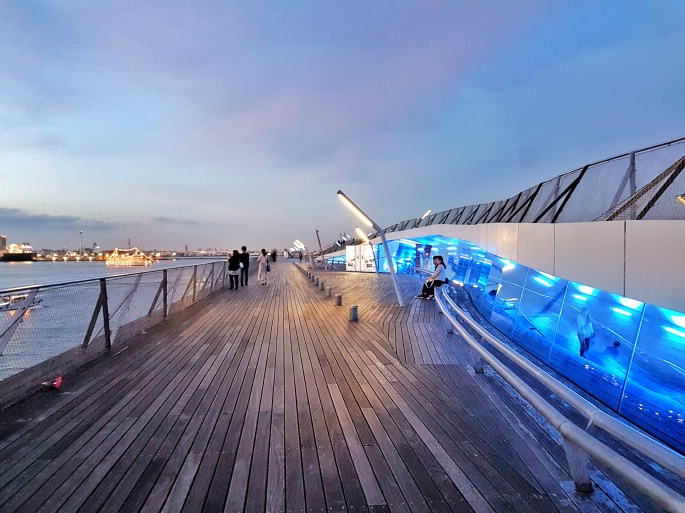 Indeed a lovely nightscape! Who wouldn’t want to walk with these views? 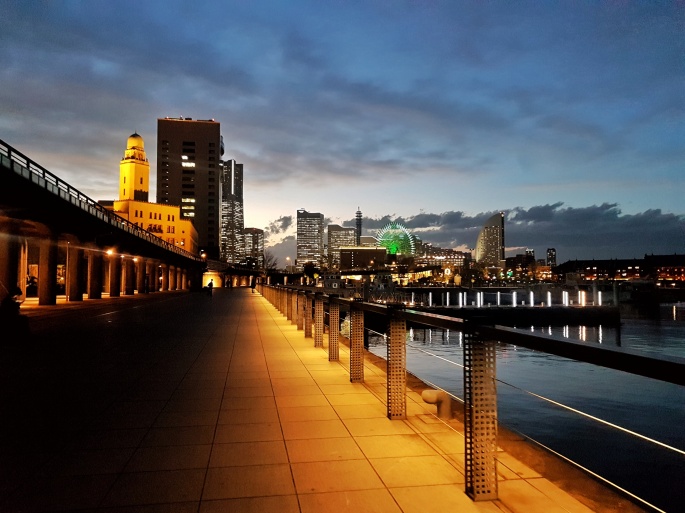 It was nice exploring Yokohama! Sayonara.

Next on the blog: Hitachi Seaside Park on the Pacific Ocean side of the Japanese coast.

Nurse by the day, hobby blogger by night. A high-spirited young woman who always find beauty in things that are odd and imperfect. Join her as she writes about her travel tips & stories, thoughts on frugality for fashion & beauty and bold personal reviews of all sorts.